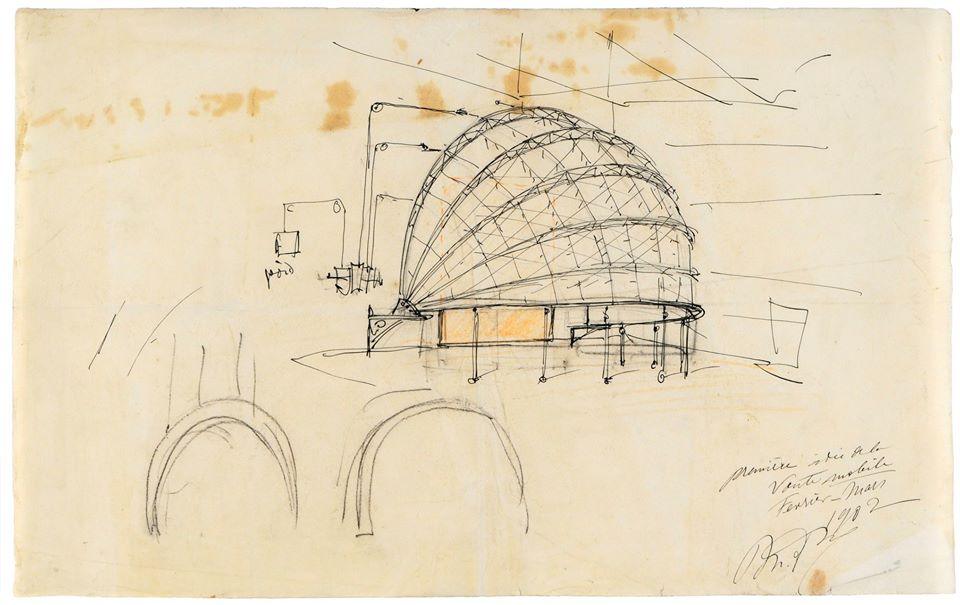 For Mariano Fortuny light was an absolute vocation, the leitmotif of his artistic eclecticism, the cornerstone of his creative act. An interest that was inextricably linked to another passion of the Spanish artist, his love for theater, which he developed during the Nineteenth century in Paris. In the French capital the painter Giovanni Boldini accompanied a young Mariano behind the scenes of the Excelsior and Sieba ballets at the Théâtre de l’Eden on rue Boudreau. Fortuny was fascinated by it and began creating maquettes and miniature stages, experimenting with new applications of electricity. In the late Nineties of the Nineteenth century he moved to Venice, where he did research on stage lighting and its artistic effects. He believed that the use of indirect diffused light was the only method that allowed to convey plausibility to the audience. Thus the legendary “Fortuny System” was born, a real revolution in the scenic tradition of the Italian theater. 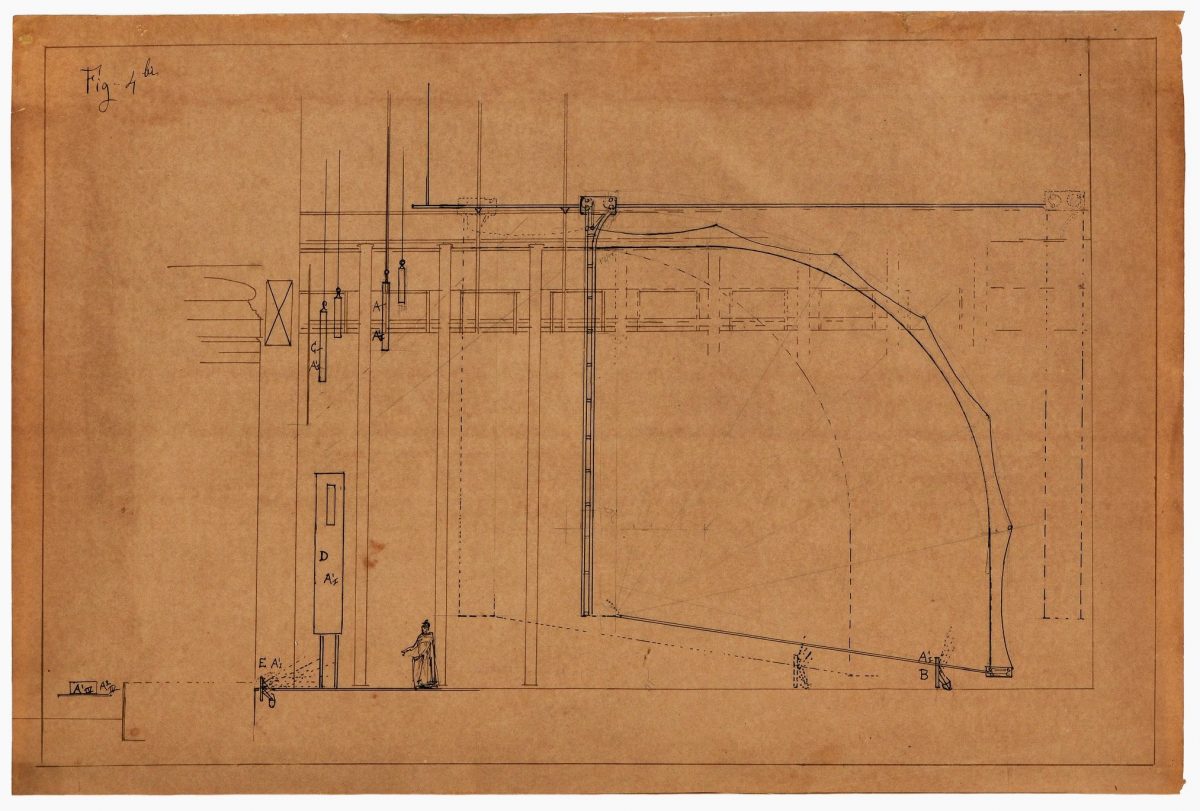 The painted backdrops were removed and replaced by mobile projectors, to obtain the en plain air effect and a play of light. The system consisted of a dome made of iron and cloth, a concave section in the shape of a quarter sphere, which, englobing the scene, acted as a spotlight and whose cotton walls were supported by a folding metal shell with tubular arches, and of an indirect lighting mechanism, which included lamps, revolving silk bands, mirrors and projection devices. The final result was a homogeneously illuminated scene, in which shades of color alternated, and which allowed the audience to become absorbed in a total work of art made of music, action and light – a Wagner inspired concept Mariano Fortuny was devoted to.

The success of his proposal was immediate. Fortuny used his indirect lights to design the sets of Tristan and Isolde, performed at the La Scala theatre in Milan in 1900, and his system officially debuted on March 29th, 1906 with the two-piece ballet that was set to music by Charles-Marie Widor and held in the private theater of the Countess Martine de Béarn.